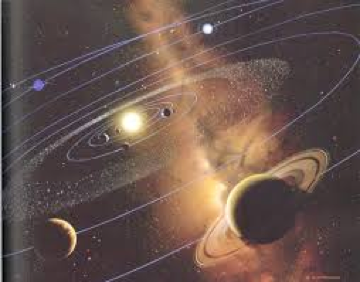 The year of the Earth Dog begins, with a Solar Eclipse on February 15th, at the new moon in Aquarius, (not visible in USA). We transition out of the year of the fiery Rooster into the more practical and industrious Earth Dog year. The difference is striking. Integrity and honesty are a focus in the year of the dog, a time of fairness and equality. Values become a focus, as we are ushered into a more reflective year. Controversial issues are heard and changes can be activated. The Earth element grounds us and steadies us for the year. Reliability, loyalty, industriousness and kindness are highlighted. The overall feeling of this Earthy Dog year gives a settling feeling, and echoes the other planetary sign changes during the year.

This lineup brings in the challenge of polarities, and old narratives that have gone to extremes, as the old power structures are exposed there is a struggle between old and new, often seeking to stay in control by using fear. Now is the opportunity to birth a new paradigm of perception, consciousness, and social order for humanity, for the people and the needs of our planet. The call is for an understanding of our unity, basing actions on equality and interrelatedness with all life on Earth and Earth itself. Innovation, creativity, and pioneering new beginnings, along with contraction and crisis, are the challenge and opportunity of this alignment. Pluto in Capricorn shows an end of an era, the structures, economies, policies, social hierarchies that have governed us are no longer viable, (like economies based on endless growth). Here is the battle for the soul of the world and the identity of the USA

Through 2018 it unwinds in its influence. Upheaval and Revolution, transforming and recycling the old for new innovative ideas, and receiving insight to embody a new paradigm; radical change of perspective, and massive transfers of power, fueled by a drive for freedom. Many of us have felt its impact personally, especially those with the signs, Aries, Cancer, Libra and Capricorn in their charts. We have experienced the breakdown of the old identities and a reorientation takes place. Some of us experience an openness and healing, as trauma and past conditioning coping skills unwind themselves into a new sense of self, which can ground us in the present, allowing greater consciousness, health and new possibilities to evolve.

Saturn entered Capricorn on December 19th, 2017. It was last in Capricorn from November 1988 through 1991. Saturn limits, focuses, and concentrates one’s experience in the sign it occupies. It is through Saturn transits that we are offered learning experiences, which register through our whole being, physical, psychological, and spiritual.

Saturn teaches us through our experience. Saturn builds and creates scaffolding for wherever we put our intention. It cultivates what we align with as the “voice of authority”. As we move forward into greater consciousness during the next two years we benefit by centering in our inner voice and truth, our own inner authority. Saturn utilizes quiet, stillness, and deep listening to activate its wisdom. Shifting from Sagittarius into Capricorn, Saturn crosses over into a Cardinal sign. All the Cardinal signs are about initiating new beginnings. This is your opportunity to set your navigating force on a new track. Ask, “What is my deepest yearning?” Set your intention to steady itself into manifestation in the year ahead. Then get ready to be launched into climbing on the Capricorn mountain path. Stay steady on your path, bring in organization and patience for the year ahead. Take in the view!

Uranus will be nearby, in harmonious relation with your Saturnian intention. Like a great Eagle soaring, Uranus reminds you to remember the power and intelligence of the wildness within all nature. Step into the Uranian Cosmos of wild imaginary forces, the ultimate freedom to fully be yourself, and lasso a vision, or open a portal to the possible, then day by day with perseverance and commitment let Saturn instruct you. This activates your soul’s expression. Honor Saturn, by organizing yourself and making a commitment to create this reality for yourself.

Jupiter in Scorpio, and moves into Sagittarius on November 8

Jupiter in intense water sign, Scorpio, brings us down into the hidden realms of what has been repressed, covered up, veiled, and into sexual power issues in order to reveal and transform. Jupiter in Scorpio enlarges the battle between who holds power, struggle between the powerful and those without power so a new equilibrium can be reached. Jupiter in Scorpio increases a transformation of consciousness, an openness to more dimensions of reality. Scorpio is also the sign of intimacy. This year can more awareness of our relationship dynamics, with past patterns being revealed and transformed is a positive attribute. Jupiter in Scorpio supports these transformations in society and with ourselves. We are encouraged to engage more deeply with our issues.

Mars goes retrograde on June 26th through August 27th
Mars turns retrograde every two years. During this time Martian tendencies are intensified, such as assertiveness, aggression, a driving force to get to the truth, and the potential to clarify issues. When Mars is retrograde (from June 26th to August 27th) it brings us to a phase in the cycle of movement and progress where we must slow down, retreat, and often become still, and review the previous intent and actions. Here we deepen our relationship between our inner motivating impulses and our actions. We have the opportunity to bring greater consciousness to our lives and what it means to embody our power. This is not a good time for starting a new project or receiving elective surgery.

With Mercury retrograding through the fire signs, Aries, Leo, and Sagittarius, we review what inspires us, what activates our creativity and passion in life. With Mercury in the fire signs, take time to slow down and reconnect with what you are grateful for. As always, when Mercury is retrograde plans change and schedules are disrupted. Sometimes when Mercury retrogrades in fire, we can experience a lowering of our energy as review is important. The retrograde time is always good for editing, revising and fine-tuning.

The last time Pluto entered Capricorn was in 1762-1778. Pluto in Capricorn breaks down and restructures governing systems, bureaucracies, old power structures, economies, and brings to the surface issues of authority and control that can no longer be of service to the evolution of humanity. Pluto in Capricorn intensifies power struggles, and the old systems of oppression, while at the same time bringing about destruction and catharsis to those systems. This described the end of British rule and the will and power to shape the Constitution. With Pluto, once again, in Capricorn, the shaping forces around the governments return. Pluto brings to the surface what has been hidden and repressed in terms of these systems, especially repressed contents and wounds in the deep foundations of nations, people and social dynamics. (The forming of the USA constitution took place with Pluto in Capricorn.)

Personally, when touched by Pluto in Capricorn, we make a descent into the deep inner realm of the soul. Here we experience what has been exiled from our consciousness yet is in our body’s cellular memory. Pluto brings about letting go, and loss, confronts us with old identities that are no longer life sustaining, often accompanied by fear, shame, or self hatred and brings catharsis and rebirth potentially healing trauma, and illuminating the unconscious and old identity patterns and stories. This brings about reclaiming a vital part of the self that had been loss and is now reunited.

The last time Uranus entered Aries was in 1927. Uranus is the planet of liberation, rebellion, demonstration, revolution, as well as innovation, awakening, visionary perspectives, and the intuitive mind. You can feel the force of this revolutionary Uranus throughout the globe. Uranus jolts us into sudden and unexpected new realities/situations. In this way it wakes us up. It can disengage us from secure points of view, and cause sudden separations from what we have relied on and valued. It brings us to the present as it is, open, spacious, full of uncertainty, yet also full of potential gifts. It promotes radical change in our lives, attuning to new ways of being that are more creative, freer, and life sustaining. In Aries, Uranus offers us new beginnings, and the impetus to change, to try it to go for it, and the courage to begin new endeavors. With Uranus moving into Taurus on May 15th, we enter the next phase of what has begun to activate and develop in the world since 2010. It can shift the focus into awakening us to our values and our relationship with nature and the environment. It’s potential is to bring idealism into reality, originality into tangible forms. It activates the Earth signs and the fixed signs to change wake up and go for it.

I’ve had readings with Susan for many years; each one has been a multidimensional experience that accelerated my insight and growth, and left me feeling optimistic and excited about life. END_OF_DOCUMENT_TOKEN_TO_BE_REPLACED