Dear friends,
A reminder to you that I will be giving a talk on the astrology of these times and specifically for July on Zoom, July 3rd, 9:30 am to 11:15.
You can sign up here https://susanheinz.com/events/astrological-monthly-group-2020-07-03/ 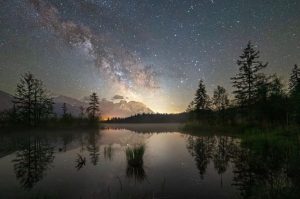 It’s so helpful to remember that the astrology of now, with the Saturn Pluto conjunction and the Jupiter Pluto conjunction in Capricorn, describe the profound process we are going through, a deeper revealing of the systems which have structured our society and democracy in order that transformation of those systems can now take place. Pluto, the archetypal force of death and rebirth, of transformation, brings what has been hidden below mainstream consciousness, the shadow qualities of our democracy, forcefully to the surface.
June 30 is the exact Jupiter Pluto conjunction in Capricorn, once more (first time April 4th) increasing and expanding the process of intensity around the pandemic and the gathering of force and power to see the truth of what our country has been built upon.
We are collectively in an initiatory process, going through a profound right of passage. We are in that liminal space of uncertainty and disruption, bringing to the surface the trauma and repression of the past. Saturn and Pluto define what is before us, a process of confronting extremes and walking through challenging times. The planetary pair also initiates us into our capacity for perseverance, endurance, and strength, in this labor of rebirthing. We are taken back to the roots of our foundation and there we encounter the wound that calls for healing.
Venus is now the morning star, having completed her journey from evening star to morning star, during the retrograde phase of her cycle. She began her retrograde phase on May 12 through June 24th.This is a time for reconsideration of our values and a deepening of perception into the quality of our relationships. It is experienced globally, and often, demonstrates a diminishment of or fall from power in a country’s leadership. (Note what’s taking place with the President). During this time of Venus retrograde, on May 25th, George Floyd was killed. This activated world wide demonstrations for radical change, reimagining our democracy, and assertive action for social justice. Both DACA and civil rights for Gay and Transgender workers have been upheld and reaffirmed via Supreme Court decisions. These are examples of the archetypal energies whose process it is to expose and activate the reconsidering of our values, during the explosive intensity of the Saturn Jupiter and Pluto conjunction. A great movement has come alive and the astrology shows that it will increase and not diminish.
As we go into July, an important Lunar Eclipse takes places on the 4th of July, as well as action oriented Mars entering its own sign Aries, heating things up. We witness and experience the old and the new battling, exposing the racism, violence and distortion on which our country was founded, its Chironian wound in the USA chart.  Situations have turned things inside out, in sudden reversals, and courageous demonstrations. A gathering momentum of truth and justice is on the move. The astrology of the next 6 months map out a powerful encounter of opposing forces for the soul of our country, for what we will create for our future. The Astrology of July highlights the road ahead. I invite you to join me on July 3rd as I discuss the archetypal forces before us.
The July Astrology newsletter is coming soon.

Sue possesses that rare gift of being able to tune in to individuals on a soul level as well as on the personality level. END_OF_DOCUMENT_TOKEN_TO_BE_REPLACED